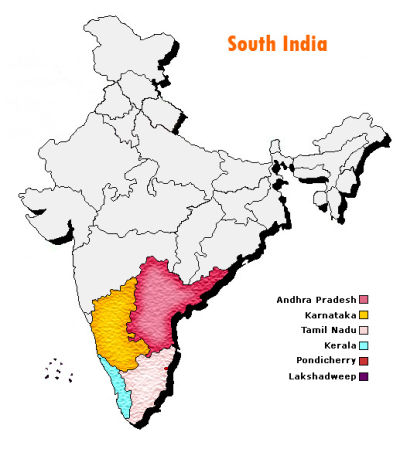 South India consists of the four southern Indian states of Andhra Pradesh, Karnataka, Kerala and Tamil Nadu as well as the union territories of Puducherry and the Lakshadweep archipelago. Together with Pondicherry, each South Indian state has an elected state government, while the Lakshadweep islands are centrally administered by the President of India. The modern states of South India were created as a result of the States Reorganisation Act (1956), which established states and union territories based on linguistic boundaries. As a result of this act:

Demographics:-
The estimated population of South India is 233 million.[14] The largest linguistic groups in South India include the Telugus, Tamils, Kannadigas, Malayalis, Tuluvas, Kodavas and Konkanis. About 83% of South Indians follow Hinduism. Islam has the second-highest number of followers in the region, with 11%, while 5% follow Christianity.

The average literacy rate of South India is approximately 73%, considerably higher than the Indian national average of 60%. 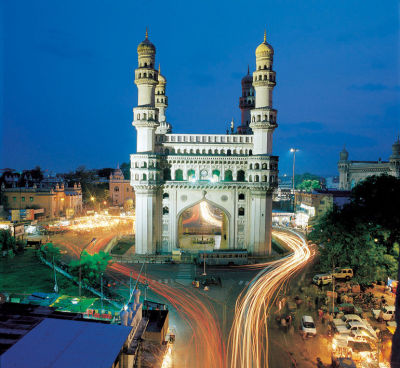 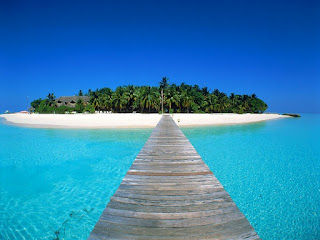